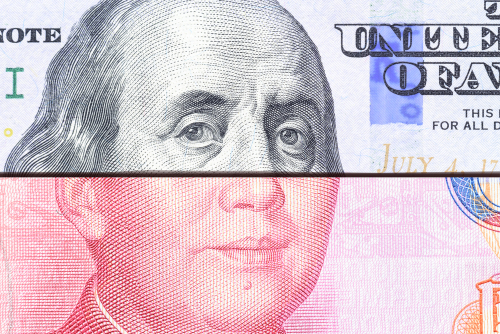 According to the U.S. Department of Commerce and the U.S. Census Bureau, retail sales came in at a negative 0.3 percent for September, even though it’s still 4.1 percent more than September 2018’s report. The same report followed up on August 2019’s numbers, with a revision by the agency to 0.6 percent, up from 0.4 percent. With the ongoing U.S.-China trade war and tariff uncertainty, how will consumer spending be impacted?

Current State of Trade and Tariffs

With phase one agreed to, at least in principle, at the end of the meeting with Chinese Vice Premier Liu on Oct. 11, President Trump agreed to keep tariffs at 25 percent on $250 billion in Chinese imports, instead of increasing the tariffs to 30 percent. Additional tariffs also are threatened to be imposed on Dec. 15 for other goods, depending on future negotiations. However, by then the fourth quarter will be nearly completed, so this will probably lessen the likelihood of reduced U.S. consumer spending during the holiday shopping season.

According to an Oct. 3 press release, the National Retail Federation (NRF) projects that consumer purchases for the 2019 holiday season will come in between $727.9 billion and $730.7 billion. The current holiday spending is projected to grow between 3.8 percent and 4.2 percent compared to 2018. It’s important to note that the NRF’s 2019 projections don’t include restaurants, auto dealerships or gas stations. And the projections are higher despite an average retail sales growth of 3.7 percent over the past five years.

The NRF says that along with interest rate and global economic concerns and a politicizing of the economy, trade is an equally concerning factor for retail sales.

As the Office of the United States Trade Representative (USTR) announced an additional 10 percent of tariffs on $300 billion in Chinese imports, effective Sept. 1, the NRF explained that consumer confidence was shaken. A September 2019 NRF survey found that 79 percent of retail shoppers were worried that tariffs will increase the prices of goods they would be buying.

With the USTR reporting on Aug. 23 that $112 billion of Chinese imports will face tariffs of 15 percent, up from 10 percent, on Sept. 1, the NRF explains how it impacts consumer items, especially footwear and apparel. The NRF gives a few examples of how consumers, specifically football fans, will be impacted negatively.

While there’s no way to determine how tariffs will impact retail sales officially calculated, consumers will certainly take a second look at prices whether or not they make a purchase.

MWC is based in Lubbock, Texas where we proudly serve clients in the South Plains and West Texas regions, the bordering states of New Mexico and Oklahoma and all across our great nation.

“We work to develop long-term relationships.  Whether your needs are simple or complex we can help.”